“Clarity was one thing that made this performance a marvel. Another was the flexibility of Barenboim’s speeds…. The flexibility of Barenboim’s tempi meant that Bruckner’s charm – an often overlooked aspect of his genius – shone through, especially in the genial Trio.” (The Telegraph) Bruckner’s 8th is the last symphony completed by the Austrian composer. Many of his contemporaries regarded the symphony as “the pinnacle of 19th century music”. Even today, this monumental work fascinates listeners with its virtuoso orchestral technique, its immensity of sound, and its inexhaustible richness of detail.

“It is the kind of experience that has you sitting afterwards, for a long time, wondering at the greatness of what you have just heard – and seen.”  BBC Music Magazine (April 2015, orchestral choice/5 stars) 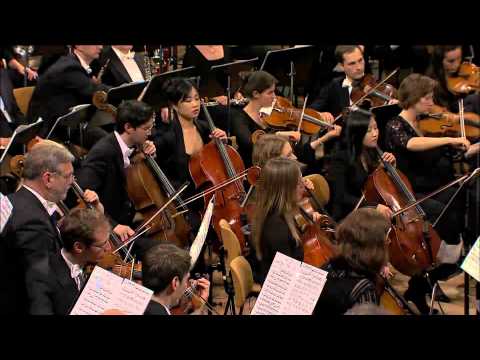