Theodor W. Adorno regarded Mahler’s Symphony No. 9 as “the first work of modern music”. Adorno’s teacher, Alban Berg, saw in it “the expression of a tremendous love for this world, a longing to live in peace and to savor Nature to its depths – before the arrival of Death. For it will inevitably come.” This live recording of the composer’s last completed symphony is part of an ongoing Leipzig cycle of Mahler’s symphonies. It confirms once more the Gewandhaus Orchestra’s reputation as an exemplary ensemble for the performance of Mahler’s music. The highest level of performance culture combined with a sharply contoured, transparent, polished, and detailed manner of playing, plus infectious verve and an unmistakable sound characterized by a darkly golden color – these are qualities responsible for the Gewandhaus Orchestra’s international reputation. Since the time of Bruno Walter, the orchestra has developed over the years a deep understanding of the works of Gustav Mahler, which in their collaboration with Riccardo Chailly has been continued.

BONUS: Riccardo Chailly on Mahler 9 and in conversation with Henry-Louis de La Grange

“Riccardo Chailly’s account of the first three movements of Mahler’s last symphony is dramatic, full of energy, with nightmarish thoughts, while the Adagio is extremely moving.” – Pizzicato

The cover picture for the Mahler 9 DVD and Blu-ray was once again especially painted by Neo Rauch with the symphony in mind. The picture “Die Skulpteurin” will be part of the Neo Rauch exhibition “At the Well” at David Zwirner’s gallery in New York City from November 6th. Here is a link to the gallery and the picture. 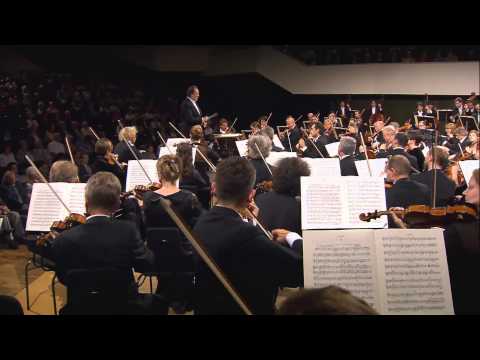