“It is my best work, with a primarily cheerful character”. This was Gustav Mahler’s assessment of his Symphony No. 7, which was also highly regarded by Arnold Schoenberg, who said, “I had an impression of absolute peace based on artistic harmony. Something able to set me in motion without recklessly unsettling my center of gravity.” Riccardo Chailly, in his internationally acclaimed interpretations of Mahler’s symphonies – which he and the Gewandhaus Orchestra are bringing together in a complete cycle – focuses on the musical qualities of the works, eschewing false pathos and sentimentality while giving up none of the music’s dramatic intensity.

Riccardo Chailly is one of the most interesting interpreters of Gustav Mahler’s symphonic cosmos. His account of the Seventh Symphony shows a superior sense for the formal complexity and the significant contrasts of the work.
Recording of the Year and Best Video Performance
International Classical Music Awards 2016

Riccardo Chailly depicts Mahler’s Seventh Symphony as a music which shows the composer in a very positive mood. Caring for details and transparency of the wonderful orchestration, he also enables the marvellous Gewandhaus Orchestra to display the whole range of colours which make its sound so warm and full-blooded. The last movement is tingling with energy and dynamism. Chailly smiles a lot during his conducting and seems to constantly remember that Mahler himself spoke about the « predominantly cheerful, humorous content » of the Seventh Symphony.
Supersonic pizzicato 2015

“Even in a field of remarkable performances – this of all symphonies requires a terrifying amount of preparation – there’s none better than this one.”   BBC Music Magazine

“Mahler’s Seventh Symphony, in which the composer pulled out all expressive stops and revealed himself to be an innovative modernist, has seldom been as persuasive and direct as in Chailly’s interpretation.”   Frankfurter Neue Presse 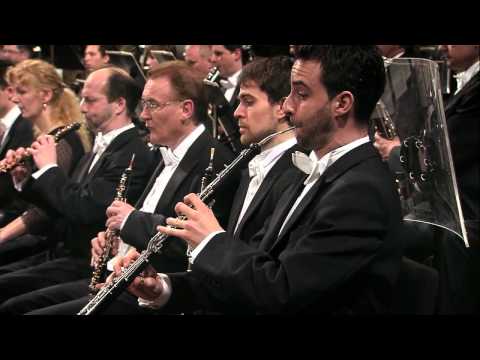