She crosses boundaries and loves to explore new territory. Barbara Hannigan is one of the most fascinating and multi-facetted artistic personalities of our time. She sets new standards as a singer, conductor, and performance artist. The intimate portrait “I’m a creative animal” takes the viewer into the world of an exceptional musician – a world of both passion and discipline. Her performances possess a breathtaking intensity because of her exquisite vocal technique and virtuosity, musical and theatrical expressivity, and uncompromising engagement. In this concert with the Mahler Chamber Orchestra, Hannigan both sings and conducts to effortlessly build bridges linking different musical epochs. With a phenomenal performance of Ligeti’s Mysteries of the Macabre, a work for which she is famous, she once again confirms her reputation as the performer of contemporary music – “The audience went wild.” (Neue Zürcher Zeitung)

“She is one of the best musicians out there.”

“Barbara Hannigan. known to be a specialist for contemporary music, is heard and seen here in a varied program that she is able to perform masterfully, both as a singer and a conductor.”   Pizzicato 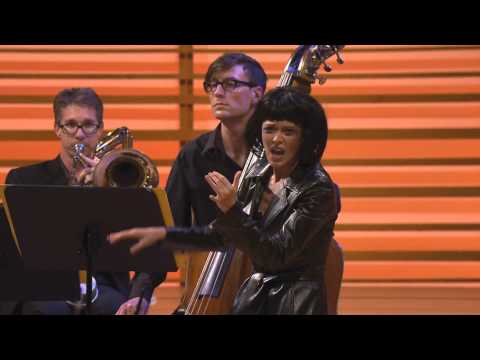