From February 10 to 13, Accentus Music is part of the IMZ Avant Première Music and Media Market in Berlin. Watch the showreel, which we presented on February 11th, right here.

On Friday, January 23rd 2015 at 8 pm, the concert from the Gewandhaus zu Leipzig will be streamed live on arte concert. The Gewandhausorchester Leipzig under the musical direction of its chief conductor Riccardo Chailly will play Pyotr Iliych Tchaikovsky’s Violin Concerto in D Major op. 35 with soloist Julian Rachlin and Gustav Mahler’s Symphony No. 1 in D Major. The concert can be watched right here on the accentus music Website!

The German label wins the award for Label of the Year at the 2015 International Classical Music Awards (ICMA)!

The German label, which was founded five years ago in Leipzig, Germany, was awarded the prestigious distinction by the jury of the International Classical Music Awards (ICMA). With this award the independent members of the jury, including print and radio journalists from across Europe, honour the exceptional work of the German label and production firm.

“With an impressing number of nominations and winning productions, Accentus is one label we have closely observed during the last few years and we certainly appreciated its careful and judicious release policy. The title Label of the Year is therefore truly deserved”, says jury president Remy Franck.

Amongst the label’s most recent releases figure noteworthy productions such as the last concert recording with Claudio Abbado and the memorial concert with the Lucerne Festival Orchestra for the great conductor as well as Bach recordings with the pianist Zhu Xiao-Mei. Daniel Barenboim’s Bruckner Cycle and Riccardo Chailly’s Leipzig Mahler Cycle, which will be completed by 2017,

stand out as unique examples of artistically homogenous documentations and already serve as the prominent point of reference for similar projects. A CD box set with Herbert Blomstedt’s new recordings of all of Beethoven’s symphonies with the Leipzig Gewandhaus Orchestra will be released just in time for the conductor’s 90th birthday in two years.

The ICMA award ceremony will take place in Turkey’s capital Ankara on 28 March 2015. Various artists who are closely linked to Accentus Music will take part in the ceremony, including pianist Zhu Xiao-Mei, who will receive a Special Achievement Award for her two most recent Bach recordings with Accentus Music, and conductor Alexander Liebreich. The musical accompaniment to the ceremony will be providedby the winners of this year’s ICMA Awards and the Bilkent Symphony Orchestra.

Two Accentus Music productions will air over the holidays:

A Festive Christmas Music with the Sächische Bläserphilharmonie, soprano Ruth Ziesak and the Rundfunk-Jugendchor Wernigerode will air on
December 20, 2014, at 22:30 on German TV channel mdr.

On December 29th, 2014 at 18:25, arte will air C.P.E. Bach’s “Magnificat” from “C.P.E. Bach – The 1786 Charity Concert – A revival”, recorded at the Konzerthaus Berlin with the RIAS Kammerchor, the Akademie für Alte Musik Berlin and an extraordinary quartet of soloists.

We are proud to announce that our CD with J. S. Bach’s “The Art of Fugue”, played by world-renowned Chinese pianist Zhu Xiao-Mei, has received the “Choc de l’année 2014” last night at an award ceremony in the Salle Pleyel in Paris.

The “Choc de l’année” is awarded annually by French music magazine “Classica” and is considered the most prestigious award for classical music recordings in France.

The Classica magazine about the CD: “While the discourse intensifies and the texture becomes opaque over time, the pianist preserves this inner light. In doing so, she establishes a wonderful proximity between the listener and the composer, therefore making it accessible and poetic, which is very rare.”

Below is a picture from the awards ceremony with Zhu Xiao-Mei (left) and accentus music’s managing director Paul Smaczny (middle). 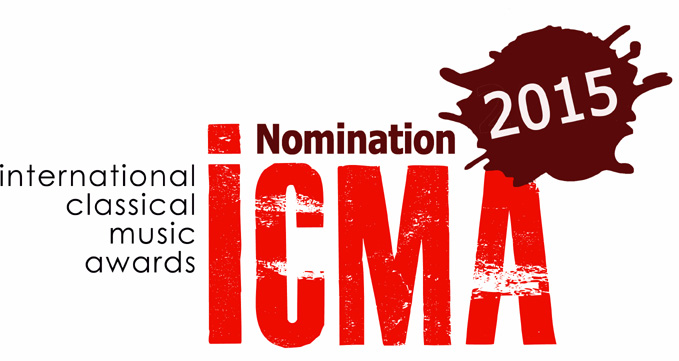 We are honored and proud to announce that Accentus Music has received nominations for the 2015 International Classical Music Awards (ICMA) for nine of its productions!

Nominated in the category “Video Performance” are

Nominated in the category “Video Documentaries” is Allan Miller’s film “Speak the Music – Robert Mann and the Mysteries of Chamber Music“, which was recently released on DVD on the accentus music label.

On Sunday, 12 October 2014 at 11 am, Nikolaj Znaider will play Ludwig van Beethoven’s Violin Concerto with the Gewandhausorchester Leipzig under the baton of Riccardo Chailly. The concert, also featuring Symphony No. 12 by Dmitri Shostakovich, will be broadcast live on the arte concert web platform and is viewable right here on the Accentus Music homepage.

Two of the concerts that Accentus Music filmed at this year’s Lucerne Festival in Summer in co-production with ZDF, SRF and Arte G.E.I.E. are still available for viewing on the Arte Concert platform:

Andris Nelsons conducts the Lucerne Festival Orchestra in an all-Brahms program.
With alto Sara Mingardo and the tenors and basses of the Bavarian Radio Choir
Click HERE for the video on the Arte Concert platform.
Available until 11/01/2014.

Simon Rattle and the Berliner Philharmoniker with Stravinsky and Rachmaninoff.
Click HERE for the video on the Arte Concert platform.
Available until 03/02/2015.

we are very happy and proud to introduce you to our new website! Take a tour, enjoy the new design and browse all our wonderful new productions and DVDs. In case you want to give us feedback or if there is anything that you are missing, please let us know by using the contact form under “contact” in the upper right corner.

All the best from the