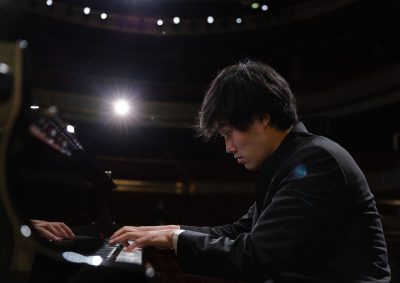 Last year he won the most prestigious music competition in the world: the Frédéric Chopin International Piano Competition, which takes place every five years and has produced such outstanding pianists as Maurizio Pollini, Martha Argerich, and Krystian Zimerman since it was first held in 1927.

Born in Paris in 1997 to Chinese parents, Canadian Bruce Xiaoyu Liu grew up in Montreal and did not begin playing the piano until he was eight years old. He studied with Richard Raymond in Montreal and is currently a student of Đặng Thái Sơn, the winner of the 1980 competition and the first Asian winner ever. Influenced by different cultures, Bruce Liu has developed into one of the most musically expressive and technically gifted pianists of his generation.