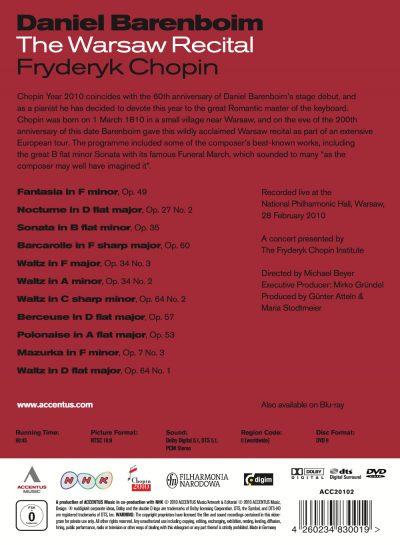 Chopin Year 2010 coincides with the 60th anniversary of Daniel Barenboim’s stage début, and as a pianist he has decided to devote this year to the great Romantic master of the keyboard. Chopin was born on 1 March 1810 in a small village near Warsaw, and on the eve of the 200th anniversary of this date Barenboim gave this wildly acclaimed Warsaw recital as part of an extensive European tour. The programme included some of the composer’s best-known works, including the great B flat minor Sonata with its famous Funeral March, which sounded to many “as the composer may well have imagined it”. 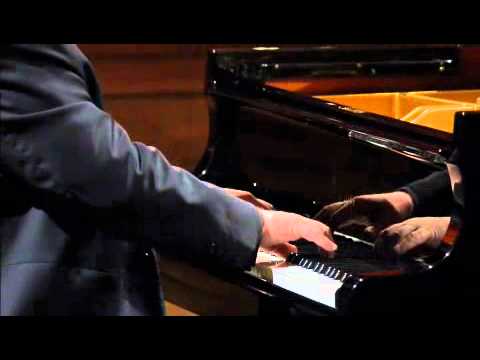