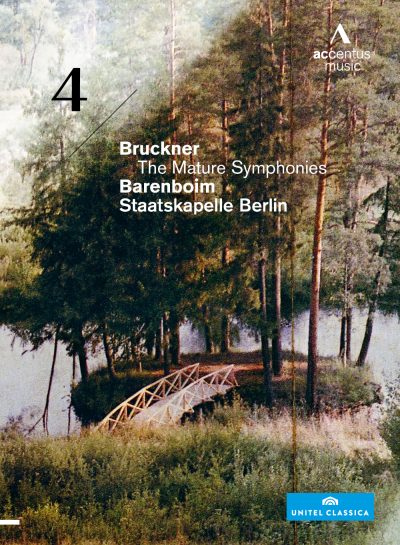 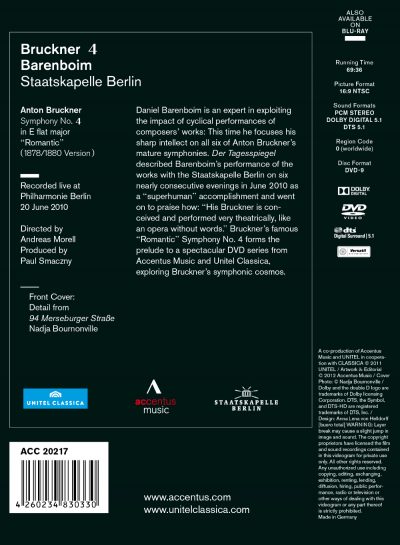 Daniel Barenboim is an expert in exploiting the impact of cyclical performances of composers’ works: This time he focuses his sharp intellect on all six of Anton Bruckner’s mature symphonies. Der Tagesspiegel described Barenboim’s performance of the works with the Staatskapelle Berlin on six nearly consecutive evenings in June 2010 as a “superhuman” accomplishment and went on to praise how: “His Bruckner is conceived and performed very theatrically, like an opera without words.”Bruckner’s famous “Romantic” Symphony No. 4 forms the prelude to a spectacular DVD series from Accentus Music and Unitel Classica, exploring Bruckner’s symphonic cosmos.

“This is a first-rate performance of this warmest coloured and most Schubertian of Bruckner’s symphonies, superbly conceived and magnificently played.” – BBC Music Magazine 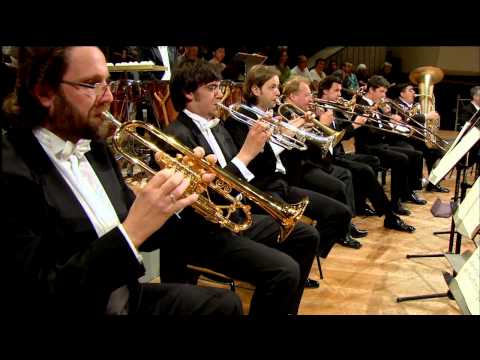