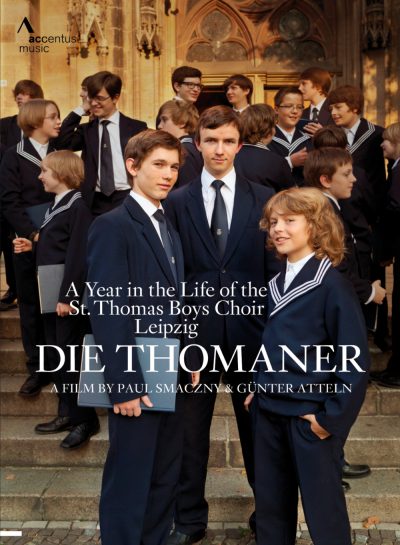 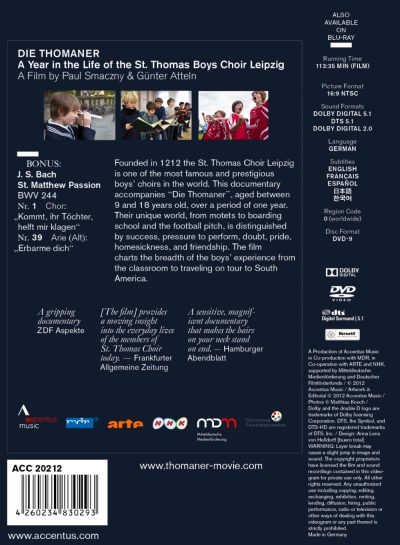 Founded in 1212 the St. Thomas Choir Leipzig is one of the most famous and prestigious boys’ choirs in the world. This documentary accompanies “Die Thomaner”, aged between 9 and 18 years old, over a period of one year. Their unique world, from motets to boarding school and the football pitch, is distinguished by success, pressure to perform, doubt, pride, homesickness, and friendship. The film charts the breadth of the boys’ experience from the classroom to traveling on tour to South America.

“A sensitive, magnificent documentary that makes the hairs on your neck stand on end.” – Hamburger Abendblatt 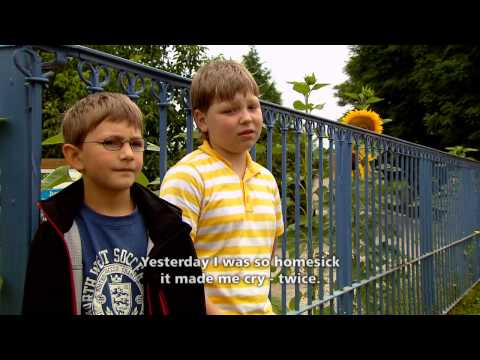