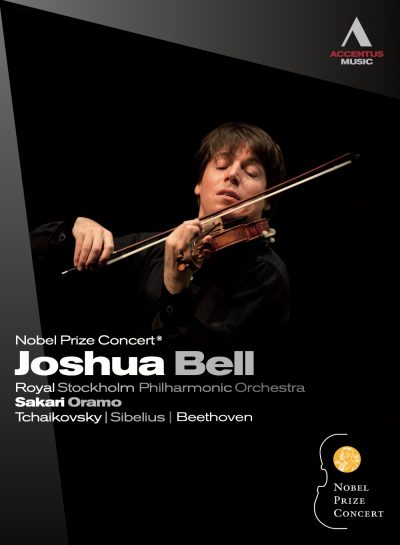 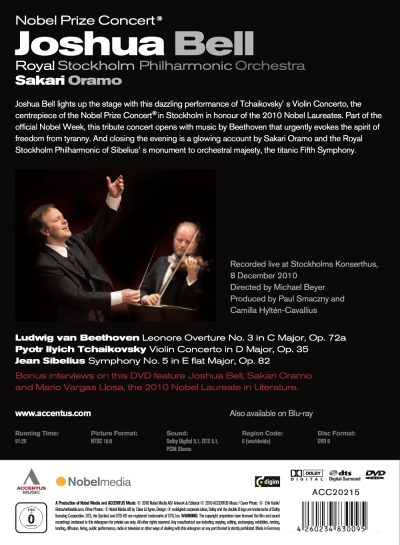 Joshua Bell lights up the stage with this dazzling performance of Tchaikovsky’s Violin Concerto, the centerpiece of the Nobel Prize Concert in honour of the 2010 Nobel Prize Laureates. Part of the official Nobel Week, this tribute concert opens with music by Beethoven that urgently evokes the spirit of freedom from tyranny. And closing the evening is a glowing account by Sakari Oramo and the Royal Stockholm Philharmonic of Sibelius’s monument to orchestral majesty, the titanic Fifth Symphony.

“This DVD gives the viewer a chance to experience the musical buzz which is normally only conveyed during live performances [..] Bell really is giving his all. [..] A treat for all violin enthusiasts.” — Musical Pointers 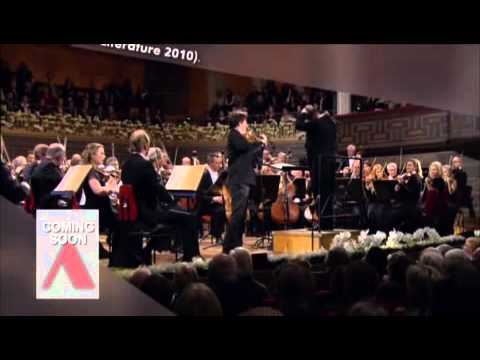