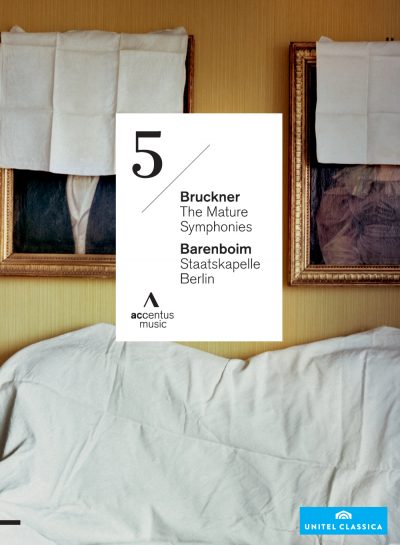 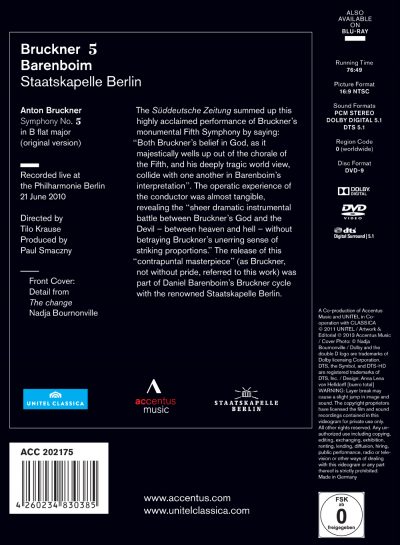 The Süddeutsche Zeitung summed up this highly acclaimed performance of Bruckner’s monumental Fifth Symphony by saying: “Both Bruckner’s belief in God, as it majestically wells up out of the chorale of the Fifth, and his deeply tragic world view, collide with one another in Barenboim’s interpretation”.

The operatic experience of the conductor was almost tangible, revealing the “sheer dramatic instrumental battle between Bruckner’s God and the Devil – between heaven and hell – without betraying Bruckner’s unerring sense of striking proportions.” The release of this “contrapuntal masterpiece” (as Bruckner, not without pride, referred to this work) is part of Daniel Barenboim’s Bruckner cycle with the renowned Staatskapelle Berlin.

“For those who have never visited the Berlin Philharmonie or seen Barenboim live, this DVD gives a vivid flavor of both, while underlining the solid Brucknerian credentials of the Israeli conductor and his orchestra, the Berlin Staatskapelle.” – Financial Times 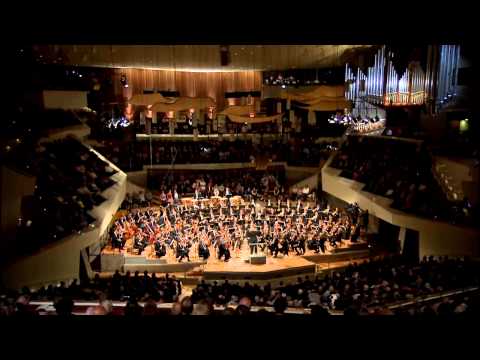