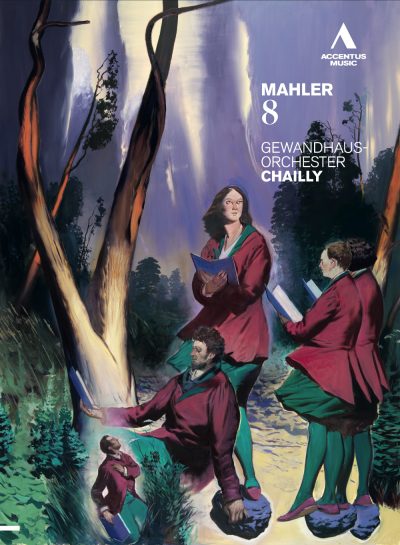 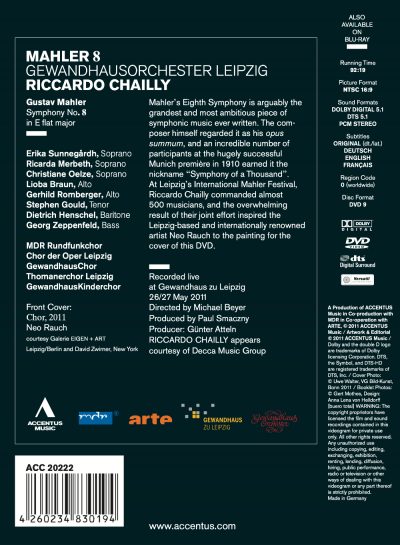 Mahler’s Eighth Symphony is arguably the grandest and most ambitious piece of symphonic music ever written. The composer himself regarded it as his opus summum, and an incredible number of participants at the hugely successful Munich première in 1910 earned it the nickname “Symphony of a Thousand”. At Leipzig’s International Mahler Festival, Riccardo Chailly commanded almost 500 musicians, and the overwhelming result of their joint effort inspired the Leipzig-based and internationally renowned artist Neo Rauch to the painting for the cover of this release.

“… quite the most immaculate performance I have ever experienced.” – Norman Lebrecht on artsjournal.com

“… this is one Mahler symphony … Chailly’s rendering leads the field on DVD.“ – BBC Music Magazine

“simply breathtaking [..] this is not only the best played live performance of the work on DVD but it’s among the most musically satisfying ever recorded.” – International Record Review 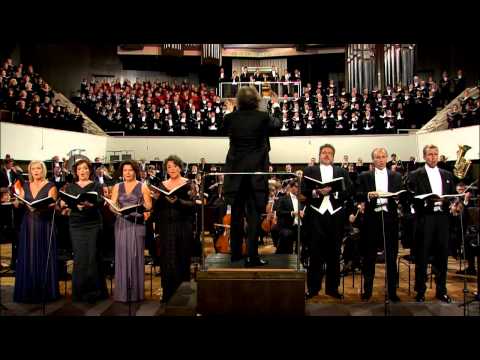