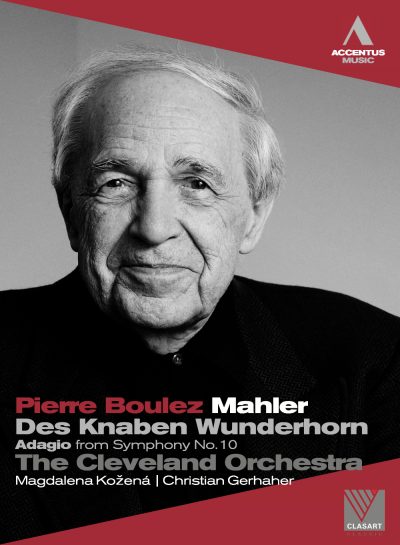 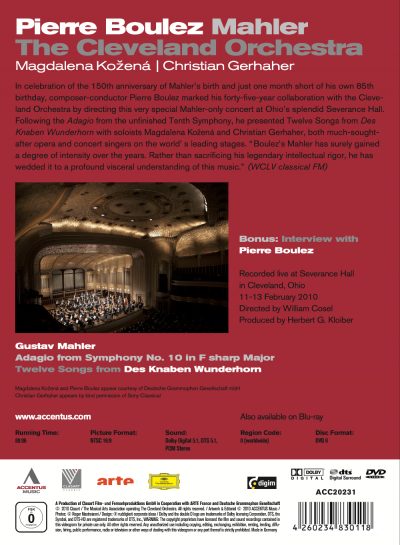 In celebration of the 150th anniversary of Mahler’s birth and just one month short of his own 85th birthday, composer-conductor Pierre Boulez marked his forty-five-year collaboration with the Cleveland Orchestra by directing this very special Mahler-only concert at Ohio’s splendid Severance Hall. Following the Adagio from the unfinished Tenth Symphony, he presented Twelve Songs from Des Knaben Wunderhorn with soloists Magdalena Kožená and Christian Gerhaher, both much-sought-after opera and concert singers on the world’s leading stages.

„This performance of the Adagio from the 10th Symphony is an exceptional one [..] It sounds, in a word, fantastic…” – Audiophile Audition

“Boulez’s Mahler has surely gained a degree of intensity over the years. Rather than sacrificing his legendary intellectual rigor, he has wedded it to a profound visceral understanding of this music.” – WCLV classical FM 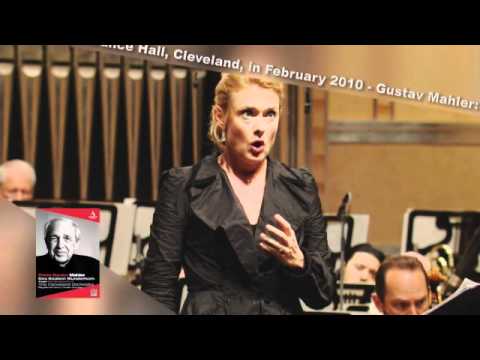