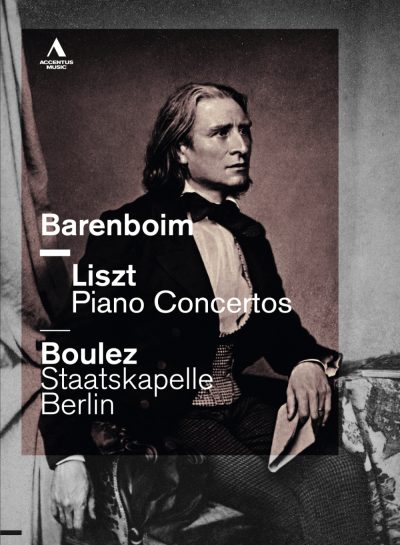 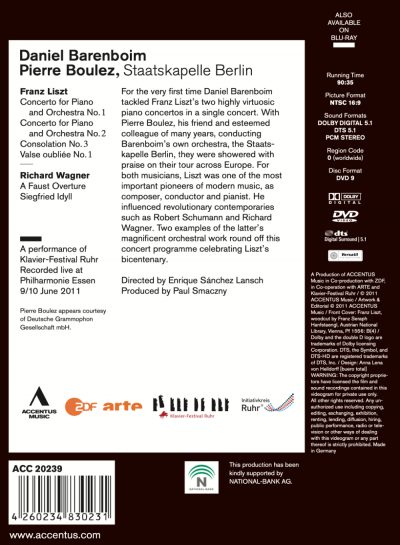 For the very first time Daniel Barenboim tackled Franz Liszt’s two highly virtuosic piano concertos in a single concert. With Pierre Boulez, his friend and esteemed colleague of many years, conducting Barenboim’s own orchestra, the Staatskapelle Berlin, they were showered with praise on their tour across Europe. For both musicians, Liszt was one of the most important pioneers of modern music, as composer, conductor and pianist. He influenced revolutionary contemporaries such as Robert Schumann and Richard Wagner. Two examples of the latter’s magnificent orchestral work round off this concert programme celebrating Liszt’s bicentenary. 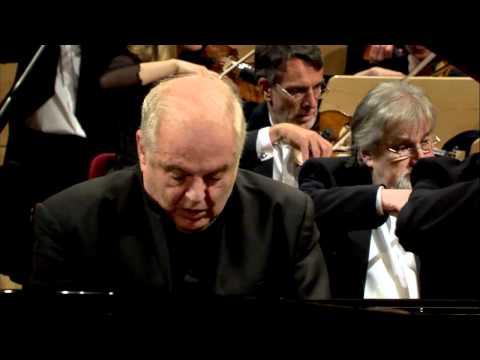