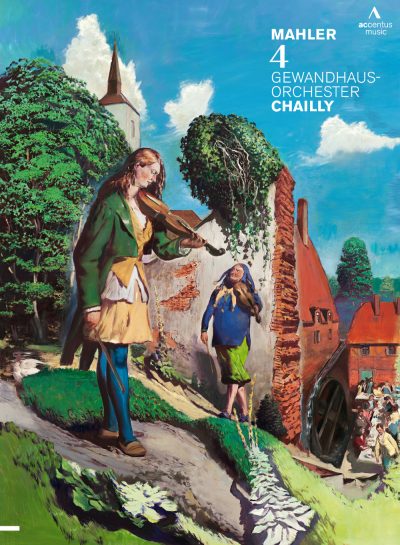 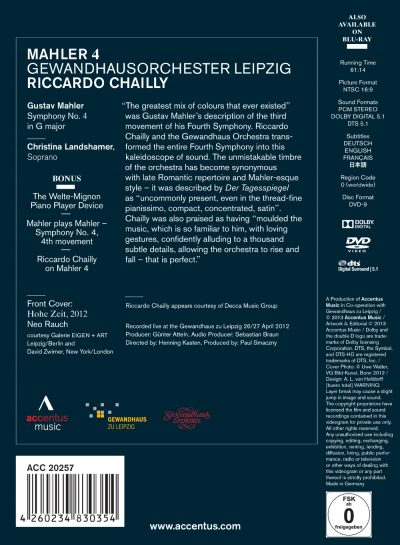 “The greatest mix of colours that ever existed” was Gustav Mahler’s description of the third movement of his Fourth Symphony. Riccardo Chailly, one of the most adept interpreters of Mahler of our time, and the Gewandhaus Orchestra transformed the entire Fourth Symphony into this kaleidoscope of sound.

The unmistakable timbre of the orchestra has become synonymous with late Romantic repertoire and Mahler-esque style – it was described by Der Tagesspiegel as “uncommonly present, even in the thread-fine pianissimo, compact, concentrated, satin”. Once more, the connection between Chailly, the Gewandhaus Orchestra and Mahler proved to be exceptional: The way Chailly “moulded the music, which is so familiar to him, with loving gestures, confidently alluding to a thousand subtle details, allowing the orchestra to rise and fall – that is perfect.”

“The third of Chailly’s live Mahler DVDs with the Leipzig Gewandhaus Orchestra has the same abundant virtues as the previously issued Second and Eight symphonies – a sense of naturally flowing tempi, an ear for inner parts within the whole, a vitality that captures the pristine glow of this most innocent of all Mahler symphonies.”   Financial Times 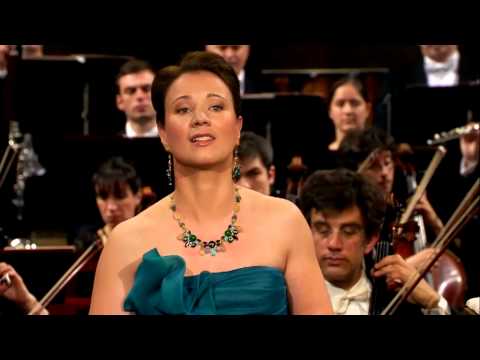