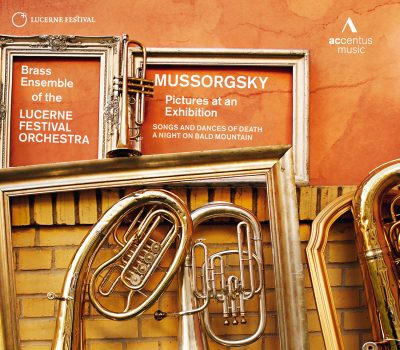 “Pictures at an Exhibition” (arranged by Elgar Howarth)
“A Night on the Bare Mountain”
(arranged by Andreas N. Tarkmann)
“Songs and Dances of Death” (arranged by Steven Verhaert)

Together with “guiding spirit”, trumpeter Reinhold Friedrich, they celebrate Abbado’s vision of chamber music collaboration at the highest level. The ensemble’s first CD is dedicated to Modest Mussorgsky, who was described by Dmitri Shostakovich as the “greatest Russian composer”.
This release was created with the support of the “Friends of the LUCERNE FESTIVAL”.