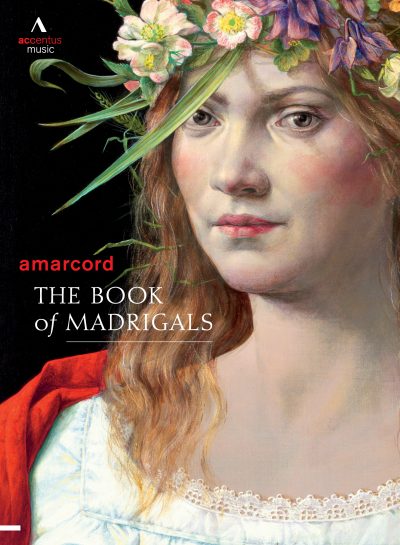 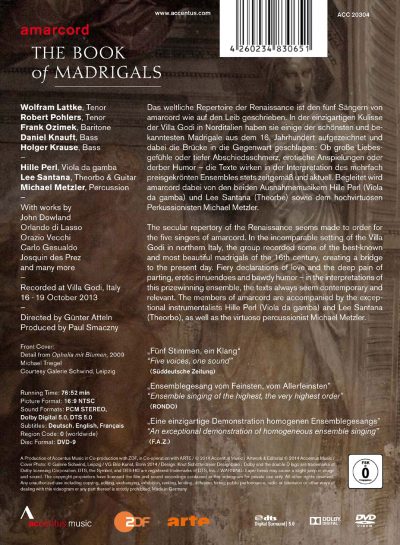 The secular repertory of the Renaissance seems made to order for the five singers of amarcord. In the incomparable setting of the Villa Godi in northern Italy, the group recorded some of the best-known and most beautiful madrigals of the 16th century, creating a bridge to the present day. Fiery declarations of love and the deep pain of parting, erotic innuendoes and bawdy humor – in the interpretations of this prizewinning ensemble, the texts always seem contemporary and relevant. The members of amarcord are accompanied by the exceptional instrumentalists Hille Perl (viola da gamba) and Lee Santana (theorbo), as well as the virtuoso percussionist Michael Metzler. 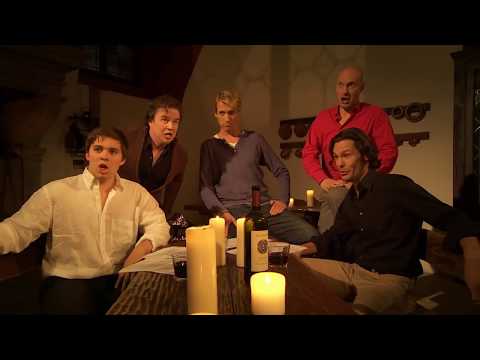