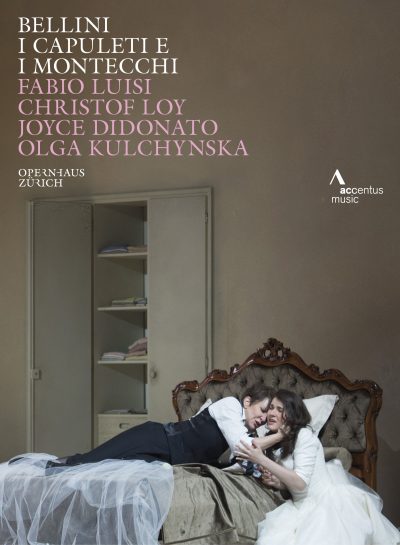 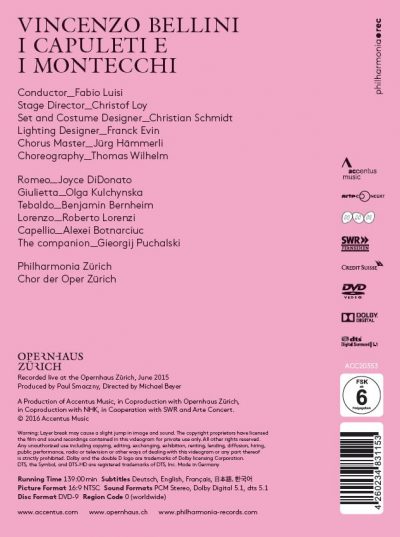 I Capuleti e i Montecchi
Tragedia lirica in two act

The story of Romeo and Juliet, who pay for their passion with their lives, has been interpreted in the widest variety of literary and musical genres ever since the Renaissance. Vincenzo Bellini’s much too rarely staged Romeo and Juliet opera, I Capuleti e i Montecchi, is far removed from Shakespeare’s version: rather than telling the story of a tenderly burgeoning love, the piece is an account of the last 24 hours in the two young people’s lives. The underlying mood of the piece is thus one of melancholy – which then develops into a catastrophic maelstrom. The première of the thrilling Zurich production of this bel canto gem, directed by Christof Loy and conducted by Fabio Luisi, was enthusiastically received by critics and audiences alike. The two protagonists also met with acclaim: experience world star Joyce DiDonato in the trouser role of Romeo, with the young Ukrainian soprano Olga Kulchynska at her side as Giulietta.