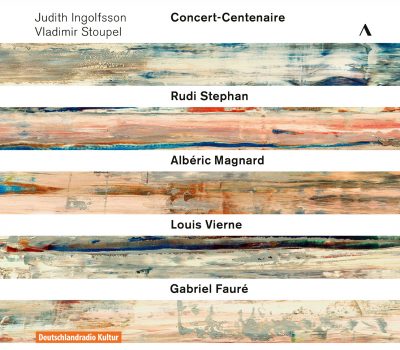 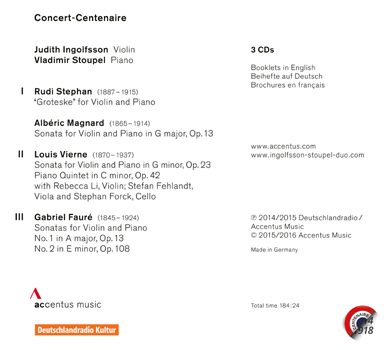 Violinist Judith Ingolfsson and pianist Vladimir Stoupel are both soloists with accomplished international concert careers. They have been equally successful since they began searching for new paths in chamber music together in 2006, and have devoted themselves to cultivating a set of unusual repertoire. This undertaking also includes their project “Concert-Centenaire.” It is dedicated to composers whose lives were influenced by, or lost during the First World War. This box set, complementing the Accentus Music Documentary Series “Music in Times of War and Revolution” that was just recently released on DVD, combines  Volumes 1 – 3 in a single release.