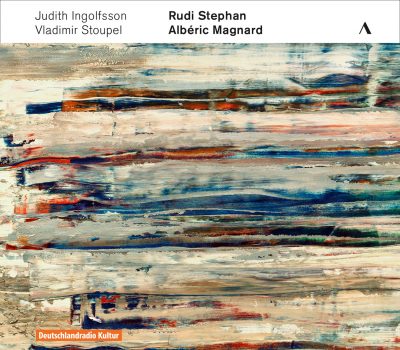 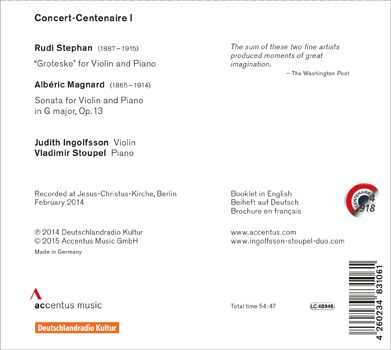 The German composer Rudi Stephan, who died at a young age, was one of the great hopefuls among the composers of the pre-war era. The Grotesque for violin and piano, which is his only surviving work for chamber music, is a fascinating testimony of his very unique, colorful and contrasting musical language, whose extremes of expression are an exciting challenge for every artist. Albéric Magnard was one of the greatest French composers of that era: Expansive, noble themes with a powerful style, expressive harmonies and contrapuntal finesse – these outstanding qualities of his work are also brought to light in his Violin Sonata.