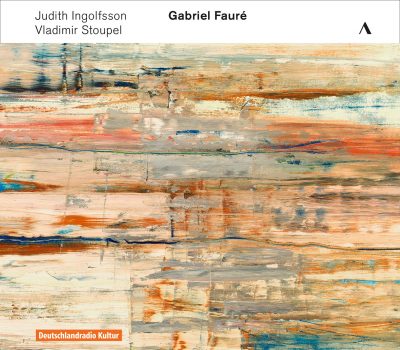 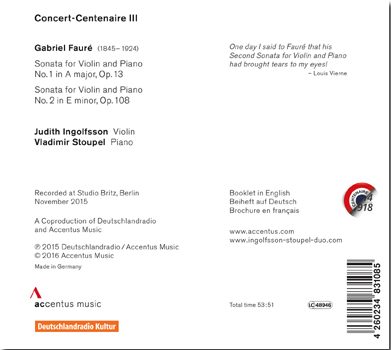 The French composer Gabriel Fauré (1845-1924) was a master of lyrically flowing harmonies. His sensitive, transparent music is full of elegance and poetry and eschews the trappings of ostentatious virtuosity. Fauré’s two sonatas for violin and piano were composed more than forty years apart, and mark important turning points in his artistic life. The first sonata was his breakthrough as a composer, and the success of this work unleashed an unprecedented wave of in interest in the genre in France. The magnificent second sonata is the first work from the final period of his life, when he would produce a rich and unique collection of chamber music.

In the hands of this duo, who perform in an almost uncanny manner, the music can radiate its fin-de-siècle charm unhindered.   Fono Forum