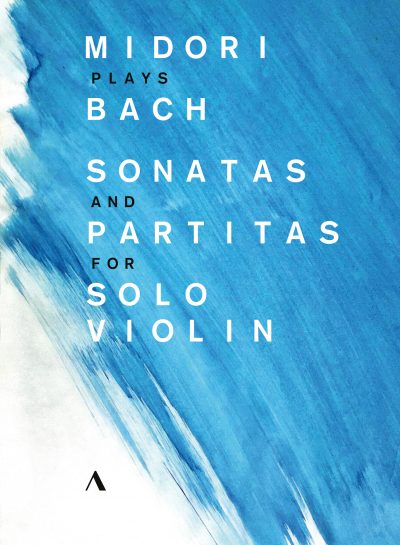 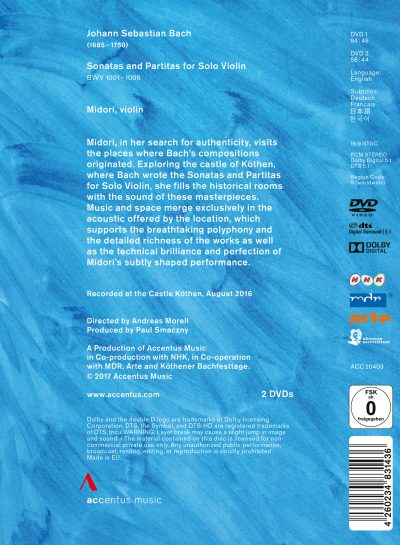 At Castle Köthen, where Bach wrote the Sonatas and Partitas for Solo Violin, Midori fills the historical rooms with the sound of these masterpieces.

Midori, in her search for authenticity, visits the places where Bach’s compositions originated. Exploring the castle of Köthen, where Bach wrote the Sonatas and Partitas for Solo Violin, she fills the historical rooms with the sound of these masterpieces. Music and space merge exclusively in the acoustic offered by the location, which supports the breathtaking polyphony and the detailed richness of the works as well as the technical brilliance and perfection of Midori’s subtly shaped performance.

For Midori, Bach’s music has always played a significant role in her life. As she explained while the film was being shot: “I lived with the music of Bach for as long as I can remember. His music has always been around me so it feels it always continued to develop inside me. Bach always teaches me to listen, to open my ears and open my mind.” Playing in the chambers of the Castle of Köthen, where Bach spent important and productive years, made a deep impression on the violinist. She said that the premises allowed her to feel connected to Bach and his music in an almost human way: “The sound of the music – how it actually came out, how it felt to be in those rooms – those are the memories I will take with me.”

“Midori plays Bach” has been included in the Spring “Quarterly Critics’ Choice” of the German Record Critics’ Award 2018.  The jury writes (excerpt): Because Midori is literally walking around the castle, one experiences something completely new instead of a filmed concert situation. Next to her impeccable playing, this aspect makes the[..] DVD production extremely fascinating.

Recorded at the Castle Köthen,
August 2016

A Production of Accentus Music in co-production with NHK, in co-operation with MDR and Arte.