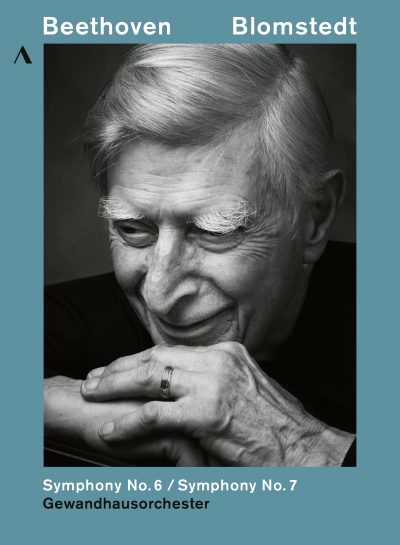 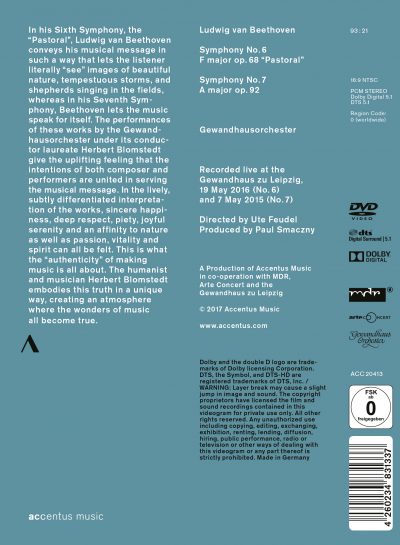 In his Sixth Symphony, the “Pastoral”, Ludwig van Beethoven conveys his musical message in such a way that lets the listener literally “see” images of beautiful nature, tempestuous storms, and shepherds singing in the fields, whereas in his Seventh Symphony, Beethoven lets the music speak for itself. The performances of these works by the Gewandhausorchester under its conductor laureate Herbert Blomstedt give the uplifting feeling that the intentions of both composer and performers are united in serving the musical message.

In the lively, subtly differentiated interpretation of the works, sincere happiness, deep respect, piety, joyful serenity and an affinity to nature as well as passion, vitality and spirit can all be felt. This is what the “authenticity” of making music is all about. The humanist and musician Herbert Blomstedt embodies this truth in a unique way, creating an atmosphere where the wonders of music all become true.