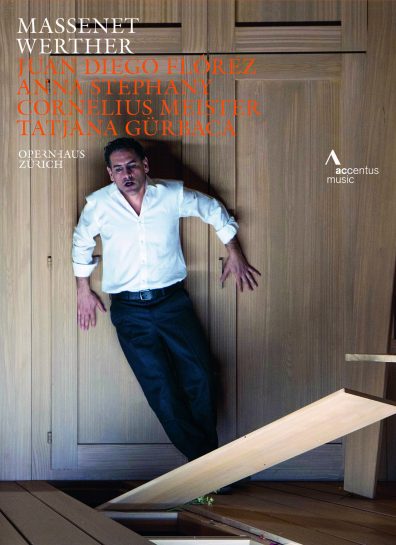 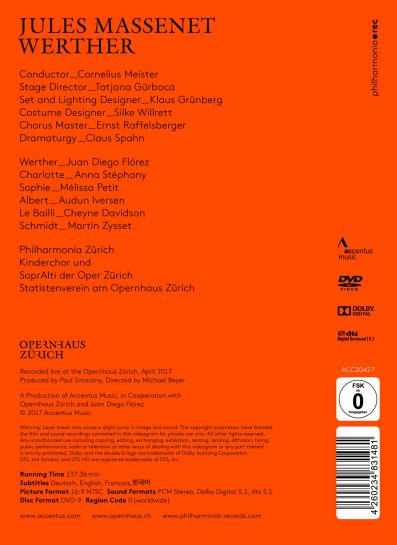 Forbidden love, wrongdoings and anguish: the Opernhaus Zürich ventures into late 19th-century French romanticism with “Werther“ by French composer Jules Massenet. A loose adaptation of Johann Wolfgang von Goethe’s epistolary novel “The Sorrows of Young Werther”, the opera is conducted by Germany’s Cornelius Meister. It tells the story of the impossible union of poet Werther to Charlotte, a woman of duty already promised to a wealthy businessman.

Goethe’s drama is echoed in Massenet’s score by emotionally wide-ranging vocal parts written on a grand scale. Juan Diego Flórez is undisputedly one of the best belcanto tenors of our times and embodies a tortured and nuanced Werther. “It’s not a profane appearance of any singer – it is an epiphany!” gushes the Neue Zürcher Zeitung in a rave review. At Flórez’s side, Franco-British mezzo-soprano Anna Stéphany sang her role début as Charlotte. The one-room staging by Tatjana Gürbaca cleverly makes the social stranglehold of oppression tangible. Should one come into the fold or escape?

Recorded at the Opernhaus Zürich,
April 2017

Director Tatjana Gürbaca and designer Klaus Grünberg have transformed Massenet’s Masterpiece into a compelling drama that glues you to the edge of your seat from start to finish. [..] Juan Diego Flórez gives the performance of his career as a hero who knows that death is where passion is fulfilled.  BBC Music Magazine, “Opera Choice” July 2018

An overwhelming interpretation by Juan Diego Flórez under the impetuous musical direction of Cornelius Meister: Massenet wins everything for his voyage. [..] The staging transcends the protagonists, in stark contrast to the beautiful box of light wood created by Klaus Grünberg, whose doors and hatches open to reveal a starry sky. Magic.  Classica, June 2018

Tatjana Gürbaca offers a more personal reading, perhaps with a superior suggestive force. It takes place in the beautiful scenery designed by Klaus Grünberg; [..] If Gürbaca shows us the anti-hero as an immature character, it is because Flórez throws himself into the incarnation […] with a natural poet look, an art of unparalleled halftone, [and] a clear, crystal-like diction.  Diapason, May 2018

In design and content, this DVD is a fine calling card for the Zurich Opera House: Massenet’s Werther in a first-class cast with Juan Diego Flórez, who, new to the French repertoire, sings enchantingly and acts with somnambulistic certainty in the title role. At the conductor’s podium, Cornelius Meister is impressive with a keen sense for the romance, colors and moods of the lyrical drama […].    crescendo, April 2018

This is one overall very convincing performance in which the staging oscillates between reality and dream worlds. Florez is a nearly perfect performer for the role of Werther, Stéphany provides a sublime contrast. The music is played colourfully and with a lot of finesse.  Pizzicato

This DVD has been included in the Spring “Quarterly Critics’ Choice” of the German Record Critics’ Award 2018: Tatjana Gürbaca has staged “Werther” in Zurich with intelligence, innovation and intensity. [..] The fervent utopian dream of a mad lover is strikingly contrasted with Massenet’s delicious melodic drizzle, from which Cornelius Meister removes the calories by sharpening the contours. Juan Diego Flórez portrays Werther both as a prototype and as an individual. At no point does he merely sing the music: this world-class singer is a perfect match for his role. (For the jury: Manuel Brug)