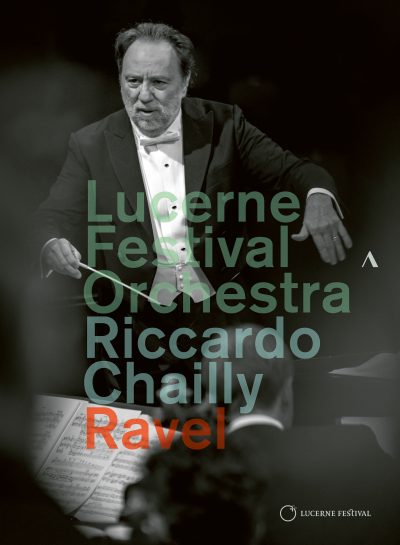 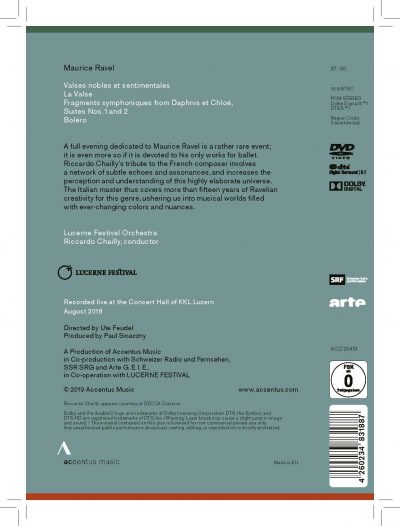 The inspiration and starting point for this program is the link between Ravel’s Valses nobles et sentimentales and La Valse. Quite deliberately, Chailly programed the two compositions directly after one another to reveal an inner connection between the works. In the Valses nobles et sentimentales he sees the birth of the idea for La Valse. Chailly describes his fascination as follows: “Every time we play La Valse in concert, we uncover more of the daring, the modernity and the constant surprise that this short masterpiece has in store for the listener.”

Riccardo Chailly and the Lucerne Festival Orchestra pay tribute to Ravel’s ability to explore musical forms and languages through rhythms, melodies and instrumentation. Ravel possessed a gift for telling stories from unexpected perspectives: from the pulsating triple time of the waltzes and the timeless love story of Daphnis and Chloé, to the relentless rhythm of the Boléro. Chailly and the Lucerne Festival Orchestra are a perfect match to Ravel’s music.