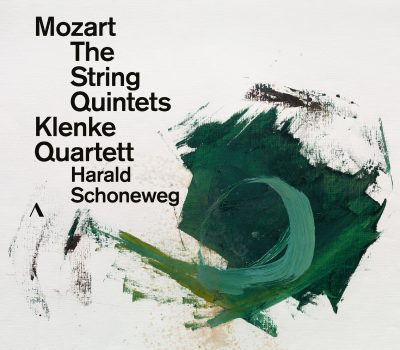 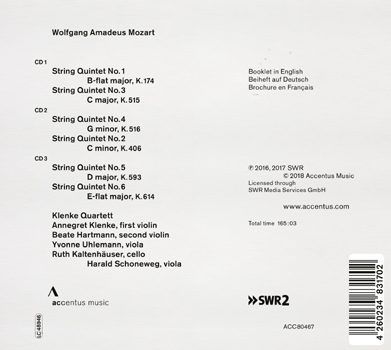 The Klenke Quartett, based in Berlin and Thuringia, was founded in 1991 at the Musikhochschule Weimar. Since then, and still in its original formation, it has enriched the concert life “as one of the most distinguished European ensembles.“ (Gewandhaus-Magazin). The quartet regularly plays with violist Harald Schoneweg. Their close artistic bond and homogeneity in interpretation makes this new complete recording of Wolfgang Amadeus Mozart’s Six String Quintets, released in a premium 3-CD box set, a recording with reference character, unveiling all the nuances between joy and contemplation, the distinct refinement and condensation, and most of all of all the soundscapes and compositional techniques in Mozart’s Quintets.

Says first violinist Annegret Klenke: “Interpreting Mozart is always a challenge. Approaching his work requires humility first and foremost. As a musician, you can’t hide anything when dealing with Mozart. Everything lies open. And it is well known that simplicity, straightforwardness, and reduction to the bare essentials are often what makes the music so appealing. We love the honesty that Mozart’s music demands of an ensemble.”