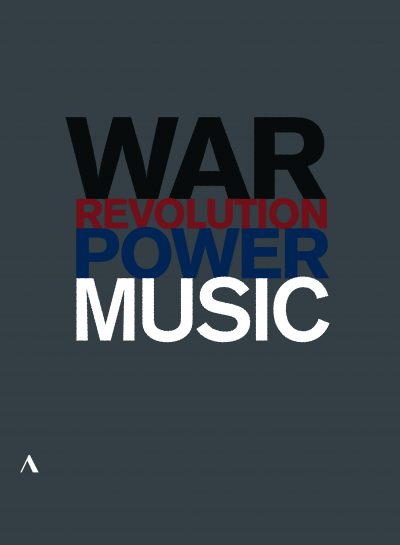 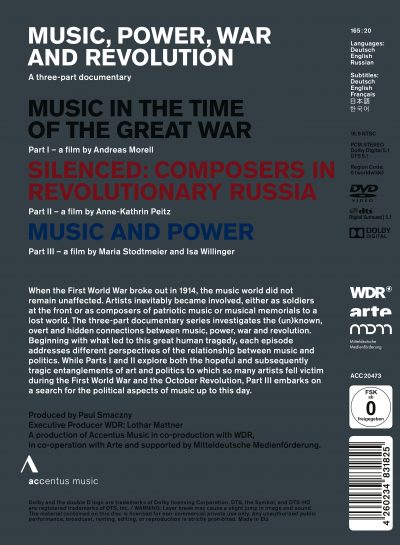 After the successful arte and WDR broadcasts, the documentary trilogy is released on DVD to commemorate the 100th anniversary of the end of WWI.

When the First World War broke out in 1914, the music world did not remain unaffected. Artists inevitably became involved, either as soldiers at the front or as composers of patriotic music or musical memorials to a lost world. The three-part documentary series investigates the (un)known, overt and hidden connections between music, power, war and revolution. Beginning with what led to this great human tragedy, each episode addresses different perspectives of the relationship between music and politics. While Parts One and Two explore both the hopeful and subsequently tragic entanglements of art and politics to which so many artists fell victim during the First World War and the October Revolution, Part Three embarks on a search for the political aspects of music up to this day.

Part One: Music in the Time of the Great War
A film by Andreas Morell

Part Three: Music and Power
A film by Maria Stodtmeier and Isa Willinger

“In the end, one wants to watch all three films again – no matter in which order.” – Frankfurter Rundschau

A production of Accentus Music in co-production with WDR, in co-operation with Arte and supported by Mitteldeutsche Medienförderung.