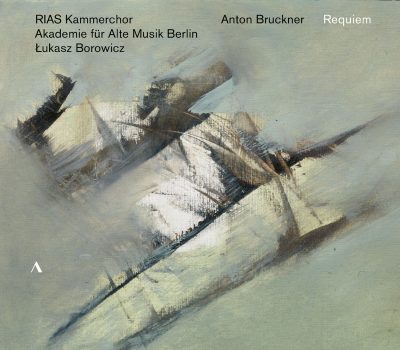 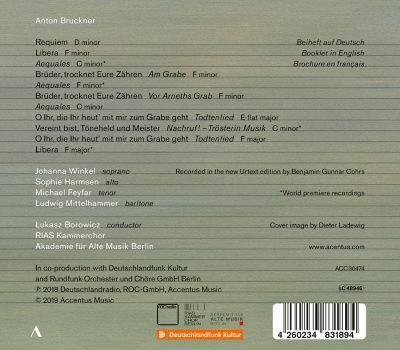 On March 14, 1849, 24-year-old Anton Bruckner finished his first major vocal composition. The only Requiem of the composer who would later become the architect of big symphonic “castles in the sky” was still created during his work in St. Florian. Some references to older models and some stylistic incongruities in musical stature still refer to the phase of self-discovery of the young composer. But those who listen closely will certainly discover the passages in which the mystical aura and sublimity of the large orchestral scores shine through already, be it in the gently glowing tone of the Benedictus, the intimate creed of the Agnus Dei or the powerful and masterfully conceived double fugue of Quam olim Abrahae. It is essentially “Bruckner on the way to Bruckner”. Goal in sight, full of auspices.

After the Missa Solemnis, released in February 2018, this recording marks the second step in the journey of discovery into the cosmos of Anton Bruckner’s seldom heard early works.

Recorded at the Philharmonie Berlin, Chamber Music Hall
November 2018
A co-production with Deutschlandfunk Kultur and ROC-GmbH