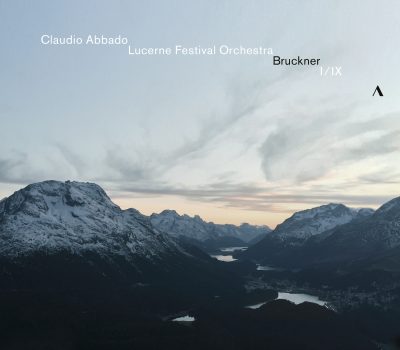 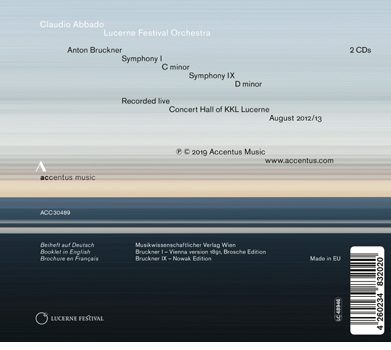 When, on 26th August 2013 in the KKL Concert Hall, Claudio Abbado conducted a performance of Bruckner’s Ninth with the Lucerne Festival Orchestra, there was present in the room an inescapable sense of an ending. To this day, those present recall the conductor’s gesture of gratitude and thanks at the final ovation: Abbado placed his right hand on his heart with that gently self-effacing yet friendly look which was so characteristic of this man who was a star conductor yet who was devoid of any lordly airs. The premonition that this could turn out to be the last concert of Abbado’s could be felt in the atmosphere. And what a concert experience it was, this last concert and therefore also last concert recording of Claudio Abbado!

One year before, in August 2012, the Lucerne Festival audience experienced Bruckner’s groundbreaking Symphony No. 1 in Lucerne’s concert hall in a similarly spectacular performance. For his interpretation with the Lucerne Festival Orchestra, Abbado had opted for thr less familiar “Vienna” version, which Bruckner himself considered to be the definitive one. In the taut, pared-down sound of the Lucerne Festival Orchestra, the tempestuous musical developments acquired an electrifying presence and urgency. At the same time, Abbado succeeded in bringing out the coherence of the work’s formal design even in the midst of all its angular awkwardness and quasi-volcanic innovative character.