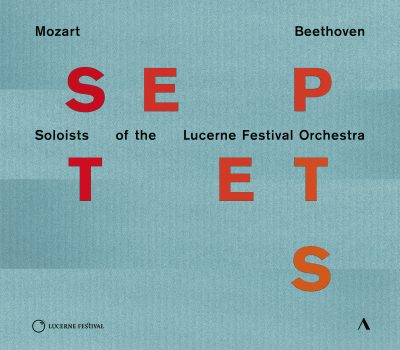 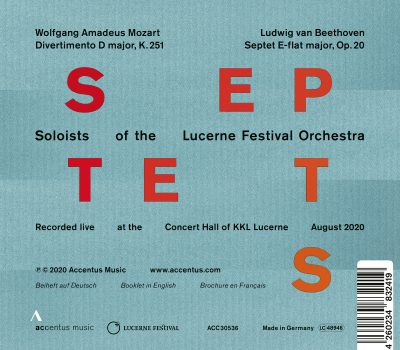 Beethoven’s radiant and entertaining septet combines logic with catchiness and offers a spiritual musical conversation. And it is in this discipline that the soloists of the Lucerne Festival Orchestra, who are dedicated to making music in friendship, are masters.

How did Ludwig van Beethoven become a great symphonist? A milestone on his way there is marked by the Septet, which he composed in 1799, on the threshold of a new century, for this large-scale chamber work, with its mixed instrumentation of winds and strings, already assembles an orchestra “en miniature”. At the same time, however, Beethoven thus founded a new genre of ensemble music, which was to be followed by numerous composers from Franz Schubert to Johannes Brahms and Jean Françaix with nonets, octets, sextets or quintets.

They also prove this in the Nannerl Septet, which Wolfgang Amadeus Mozart probably created in 1776 for the name day of his sister Maria Anna: artfully playful music of the best festive and champagne mood.

Soloists of the Lucerne Festival Orchestra

Recorded live at the Concert Hall of KKL Lucerne
August 2020