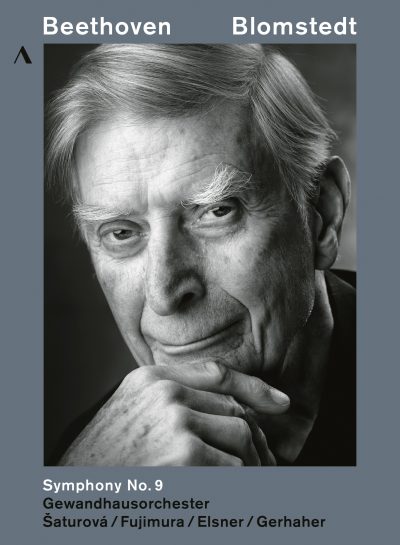 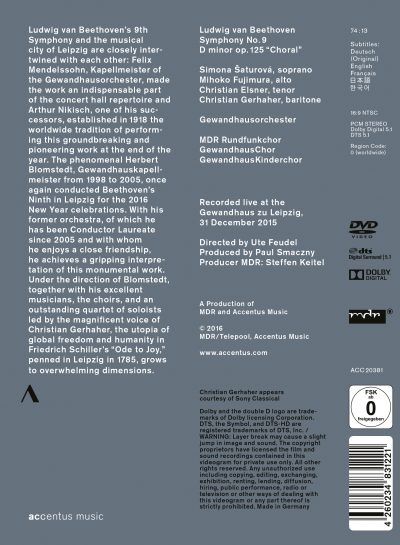 Ludwig van Beethoven’s 9th Symphony and the musical city of Leipzig are closely intertwined with each other: Felix Mendelssohn, Kapellmeister of the Gewandhausorchester, made the work an indispensable part of the concert hall repertoire and Arthur Nikisch, one of his successors, established in 1918 the worldwide tradition of performing this groundbreaking and pioneering work at the end of the year. The phenomenal Herbert Blomstedt, Gewandhaus-kapellmeister from 1998 to 2005, once again conducted Beethoven’s Ninth in Leipzig for the 2016 New Year celebrations.

With his former orchestra, of which he has been Conductor Laureate since 2005 and with whom he enjoys a close friendship, he achieves a gripping interpretation of this monumental work. Under the direction of Blomstedt, together with his excellent musicians, the choirs, and an outstanding quartet of soloists led by the magnificent voice of Christian Gerhaher, the utopia of global freedom and humanity in Friedrich Schiller’s “Ode to Joy,” penned in Leipzig in 1785, grows to overwhelming dimensions.