Music, especially the music of Bach, made it possible for Zhu Xiao-Mei to cope with the worst challenges of her existence. The pianist experienced all of the consequences of the Mao regime and the Cultural Revolution: years of indoctrination and “reeducation,” five years confined to a labor camp, a shattered family, hardships and harassment. In 1980, she emigrated and ultimately made Paris her new home.

This film tells the story of her return to China as an internationally acclaimed interpreter of Bach’s music, 35 years after leaving her country. The decision to return to China was not easy for her. The wounds of the Cultural Revolution, in which Mao laid waste to the country, laid too deep. Because her family was considered to be “bourgeois” and counterrevolutionary, she became the victim of public denunciations, experienced how musical scores were burned and saw how her teachers were humiliated and driven to suicide.

50 years after the Cultural Revolution, to sold-out halls, the celebrated pianist finds her tour in a transformed China. The music school is no longer a “haven of the counterrevolution “ and mastering an instrument is no longer an expression of western bourgeoisie. On the contrary, owning a piano is a status symbol that all strive for. And yet, the dark chapter of the Cultural Revolution still remains unresolved. Fighting against suppression and oblivion, Zhu Xiao-Mei constantly raises this sore point that Chinese society still suffers from today. 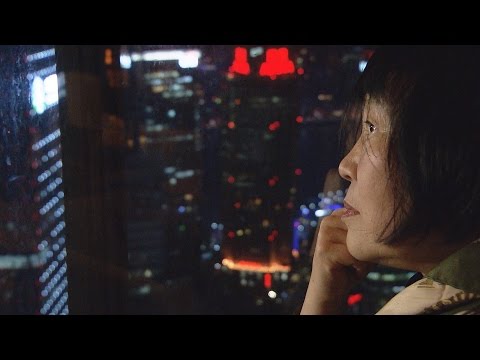