The second part of the three-part documentary series “Music, War and Revolution” is dedicated to Russian composers of the late teens and early ’20s of the last century. The former “young wild ones,” composers such as Arthur Lourié, Nikolai Roslawets, Alexander Mosolov as well as Vladimir Deshevov and Lev Termen remain to this day relatively and unjustly unknown and their lives have remained largely unexplored. However, this generation injected life into the musical world of that time, greatly leaving their mark. The young composers were adventuresome; they flirted with futurism, wrote the first twelve-tone chord of musical history, invented the first electronic musical instrument and created sounds previously unheard.

Rediscovering these composers who were banned, partly forgotten and erased from the musical landscape – as well as providing room for their absolutely enchanting music that is unjustly only rarely heard – gives this documentary its purpose. By tracing their personal and artistic vitae, the political and cultural climate and the reality of life in Russia in the early 20th century, the documentary aims to bring these composers to life once again and to reveal the links between art, society and politics. In addition, musicologists, composers, musicians and descendants illuminate the composers’ fates from their perspective and establish both cultural references as well as the historical and political context.

When the First World War broke out in 1914, the musical world did not remain unaffected. Artists inevitably became involved, either as soldiers at the front or as composers of patriotic music or of musical memorials to a lost world. The three-part documentary series Music, War and Revolution explores known and unknown as well as obvious and hidden connections between music, revolution and war.Beginning with what led to this great human tragedy, each episode addresses different perspectives of the relationship between war and politics.

The jury’s explanation: At the time of the centenary of the Russian Revolution, this film tells the untold story of how composers were first harnessed by the Revolution, and then destroyed by it.  It demonstrates the power of meticulous research, skilful direction and sensitive editing.  It features musical performances of surprising Russian works, among them Mossolov’s setting of newspaper advertisements about a missing dog with coffee-coloured spots and the sale of high quality leeches.  But it also illustrates how people whose devotion to music cost them their livelihood and their reputation. 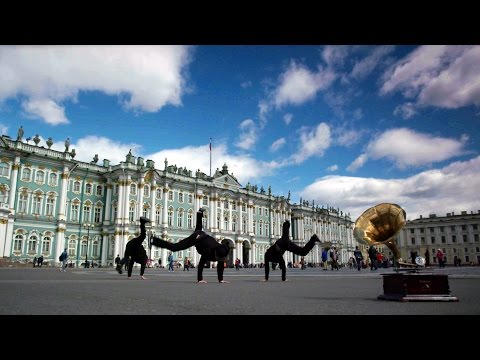