Surrounded by ruins in Syria’s capital Damascus, Ayham Ahmad sings accompanied by an out-of-tune piano about migration, hunger, and death. Threatened by Assad’s regime and ISIS, the Piano Man is silenced and must flee – to Germany. The documentary film “Ayham Ahmad – The Pianist Of Yarmouk” tells the story of this Syrian refugee musician. After his arrival in Munich, we follow the life of a man who sang out against the suffering in his country until his instrument was destroyed. His fate stands for that of thousands – robbed of their hopes and dreams and forced to build a new existence. 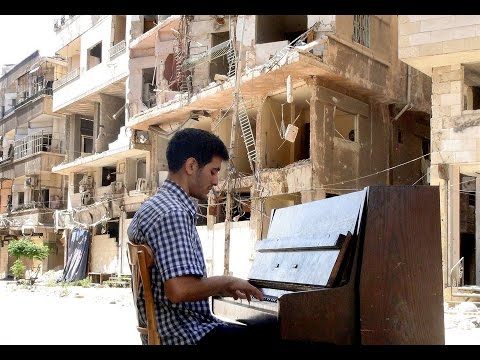