Max Reger’s Piano Concerto Op. 114 was created in the summer of 1910 in Leipzig and was there brought into the world by pianist Frieda Kwast‐Hodapp and the Gewandhausorchester under Arthur Nikisch. Reger was thrilled by the pianist’s performance and jokingly dubbed her “Mrs. Kwast‐Hat’s Off.” To date, few other artists have dared to undertake this pianistic challenge: The American Peter Serkin, however, is one of those few whose repertoire includes this rare piece.

On the occasion of the centenary of Max Reger’s death, this whirlwind piece resounded yet again at the site of its world premiere, this time under the baton of Herbert Blomstedt.

In the second part of the concert, the Swedish Honorary Conductor approached Beethoven’s evocative impressions of nature in the “Pastoral”. With the Symphony No 6, Blomstedt thus continues the musical journey into the sound cosmos of Beethoven with “his” orchestra. To this day, there remains a special relationship between the Leipzig orchestra and its former Gewandhaus conductor, which is demonstrated once again with this joint collaboration on Beethoven’s symphonic works. This cooperation will reach its peak in 2017 with the release of the complete audio recording of all nine symphonies to mark Blomstedt’s 90th birthday. 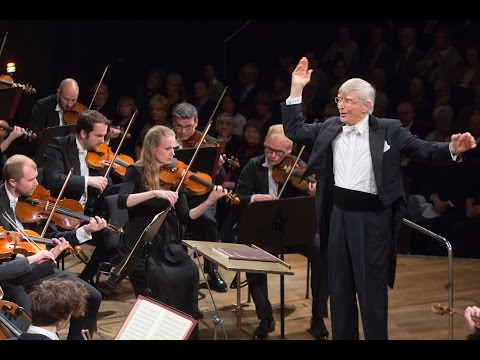