“I would like to find poignant images that are adequate for the music and do justice to the gigantic work in a way that one can experience it differently and more profoundly.”   Christian Spuck, choreographer

Giuseppe Verdi’s Messa da Requiem is not only a musical prayer, but also a vision of the afterlife and the drama of Judgement Day. Initially, Verdi wrote a Libera me as part of a collaborative composition in memory of Gioacchino Rossini, who had passed away in 1868. On the occasion of the death of Italy’s national poet, Alessandro Manzoni, in 1874 Verdi expanded his section of the Rossini requiem. As soon as it was premiered the piece became a permanent feature in the concert repertoire.

What is it that fascinates audiences about the Requiem to this day? Verdi provides a human answer to the Latin liturgy by capturing the hidden drama of these texts and exploring the greatest secret of human existence: death. With the propensity for musical drama with which we are familiar from his operas, he conjures up terrifying images of death, the end of time and damnation, and creates gigantic emotional states of mind: of fear, anger, pain, sorrow, and the yearning for redemption.

With the Messa da Requiem, Christian Spuck brought one of Verdi’s key works on performing stage in his first audiovisual recording since taking his position as Ballet Director at Opernhaus Zurich. In a large-scale co-production by the Ballet and Opera Zurich, Spuck ventured to portray a profound interpretation of Verdi’s funeral mass. He focuses on people who, in their vulnerability and helplessness, are in the search for comfort. Spuck is not at all concerned with a purely dance-like illustration of Verdi’s music, but instead in the contentual-scenic link of the dancers with the soloists and choristers. They act on stage together and take part in ritualized movements and sequences.

Through its meditation and scenic elements such as a thorn bush and mobile spotlights, Christian Schmidt’s set – a monumental, dark and yet vibrant use of space – opens a multifaceted repertoire of presentational and acting possibilities.

With Fabio Luisi leading the Philharmonia Zurich, the Opera Choir, and the soloists Krassimira Stoyanova, Veronica Simeoni, Francesco Meli and Georg Zeppenfeld, there is a musical interpretation of some of the most acknowledged artists of our times.

“An moment of glory at the Zürich Opera House”    SRF

“What remains: Verdi’s inexhaustible work and Christian Spuck’s grand and thought-provoking choreography. The premiere was received with a standing ovation, which, at least in the recent history of the Ballet Zürich, has never been the case.”    Aargauer Zeitun 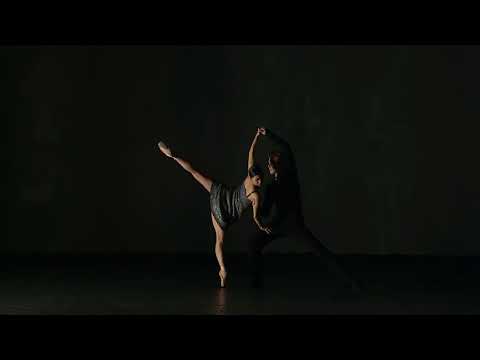