Being a female conductor means being an exception. Even today. When a woman stands on the podium she is, in most cases, somehow “the first”: the first to lead a world-class orchestra, the first to conduct the “Last Night of the Proms” in London, the first to win the German Conductor Prize. For decades, this sensational character has been tradition. At the same time it seems that the world of the maestro is now in a state of upheaval.

The young Lithuanian conductor Mirga Gražinytė-Tyla, who took over the post of Andris Nelsons in Birmingham this September, said with conviction: “I really believe that something is changing now.”

But why is it that there have been so few female conductors in the international music scene? To take a closer look at this phenomenon, the film MAESTRAS follows several female conductors at Lucerne Festival 2016, which with the motto “PrimaDonna” dedicated itself to this theme. Through the rehearsals, concerts and talks with participants of various professions at the Lucerne Festival the film approaches this subject.

Along with the female musicians of the festival, the life of the former conductor Sylvia Caduff is followed. The Swiss woman was the first female assistant to Leonard Bernstein and directed the Berlin Philharmonic in 1978 when she filled in for Herbert von Karajan. From today’s point of view, she made incredible strides in history – not only as a female conductor, but as a conductor at all. 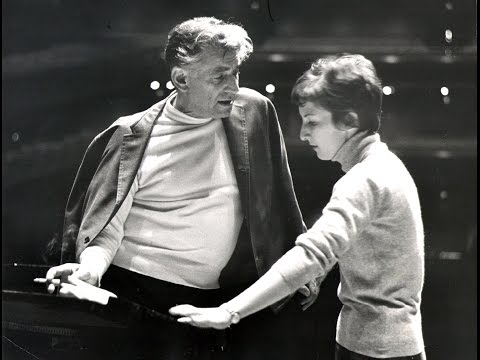