Midori’s recent interpretation of Johann Sebastian Bach’s Sonatas and Partitas for Solo Violin has earned her many accolades by audiences and the media worldwide. In August 2016, Midori performed these pieces, known as some of the most challenging for any violinist, for an audio-visual recording at the Castle of Köthen (Schloss Köthen) where Bach served as Court Chapel Master between 1717 and 1723.

There, in Midori’s precise, light but nevertheless emphatic playing, a unique world of sound unfurls that maybe Bach himself would have imagined while composing these polyphonic masterpieces. For Midori, Bach’s music has always played a significant role in her life. As she explained while the film was being shot: “I lived with the music of Bach for as long as I can remember. His music has always been around me so it feels it always continued to develop inside me. Bach always teaches me to listen, to open my ears and open my mind.” Playing in the chambers of the Castle of Köthen, where Bach spent important and productive years, made a deep impression on the violinist. She said that the premises allowed her to feel connected to Bach and his music in an almost human way: “The sound of the music – how it actually came out, how it felt to be in those rooms – those are the memories I will take with me.”

Midori’s magnificent interpretation of Bach’s Sonatas and Partitas was prepared in part as a documentary that appears on Arte, NHK and Arte Concert. 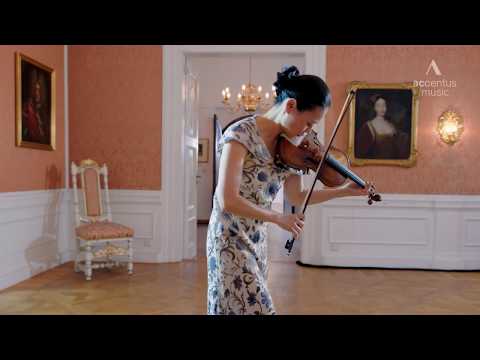