In 2010, the Simón Bolívar Youth Orchestra of Venezuela was orchestra in residence at the Lucerne Festival at Easter. Under the baton of their strong supporter Claudio Abbado, the orchestra once again reached out to the audience on the opening concert, spreading its lively enthusiasm on a highest musical level for which it is famous and loved for.

Five years after first conducting the Simón Bolívar Youth Orchestra in their Venezuelan home, Claudio Abbado continued his commitment to this stunning ensemble in this first joint audiovisual concert recording. Prokofiev’s extrovert Scythian Suite is a gift for the boundless energy of these young players, while the intricacy and anguish of Berg’s Lulu-Suite were an Abbado speciality, with soprano Anna Prohaska, in her Lucerne Festival debut, singing the heroine’s dazzling statement of self-justification. The concert ended with an impassioned account of Tchaikovsky’s Pathétique, his final symphony, one of the most moving works in music history. 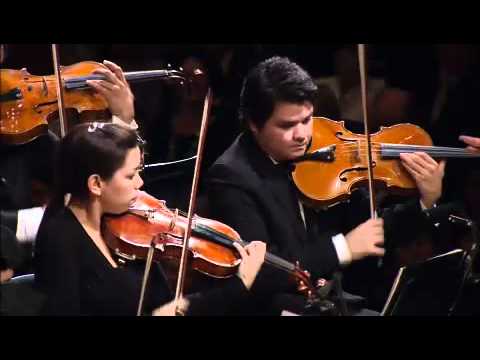